The Little Book of Value Investing, by Christopher H. Browne has been a favorite of mine for years. It's short and simple, cuts to the chase fairly quickly, and has a plethora of stock investment strategies to try. Most importantly in my mind, the book encourages the reader to find and purchase stocks with quality fundamentals, which I believe is a safer and far less speculative method for trading. Recently I've been paging through this classic again, and found a strategy that Browne developed in the 1980's, and wondered if it still held up in today's market.

Let's take an excerpt straight from the book on pages 37 and 38:

I have done extensive research into the profit potential of stocks selling below book value. In the early 1980s, I examined stocks in the period from 1970 to 1981. I analyzed all 7,000 companies that were in the Compustat database during that period. I looked for companies that had at least $1 million in market capitalization and sold at no more than 140 percent of their book value. I sorted them into groups based on price-to-book value and computed their six-month, and one-, two-, and three-year performance. I found that all these groupings beat the overall market over the one-, two-, or three-year periods although in many instances they lagged for the first six months. Buying the lowest groupings, stocks selling for less than 30 percent of book value, would have turned $1 million into more than $23 million over the time frame, compared with $1 million growing to just $2.6 million in the overall market.

Browne spells out a simple strategy quite plainly. Let's synthesize it down into concrete rules that we can plug in to the Genovest Backtester.

Here you can see a complete screenshot of my Backtest. 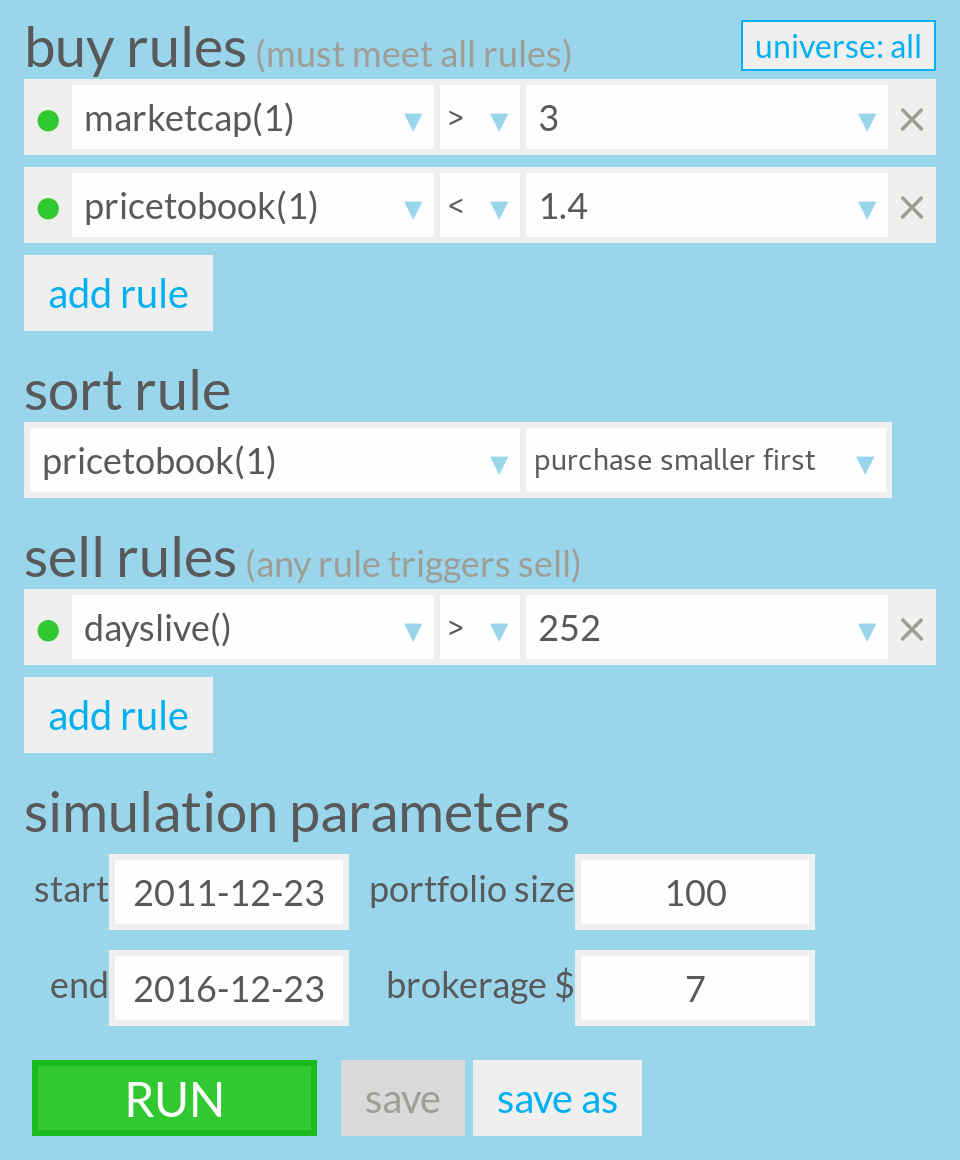 I picked a portfolio size of 100 stocks (the maximum) to get the best representation of that section of the market. Browne suggests that these stocks "beat the overall market over one-, two-, or three-year periods" so I chose to sell the stocks after holding them for 1 year, which is 252 trading days. 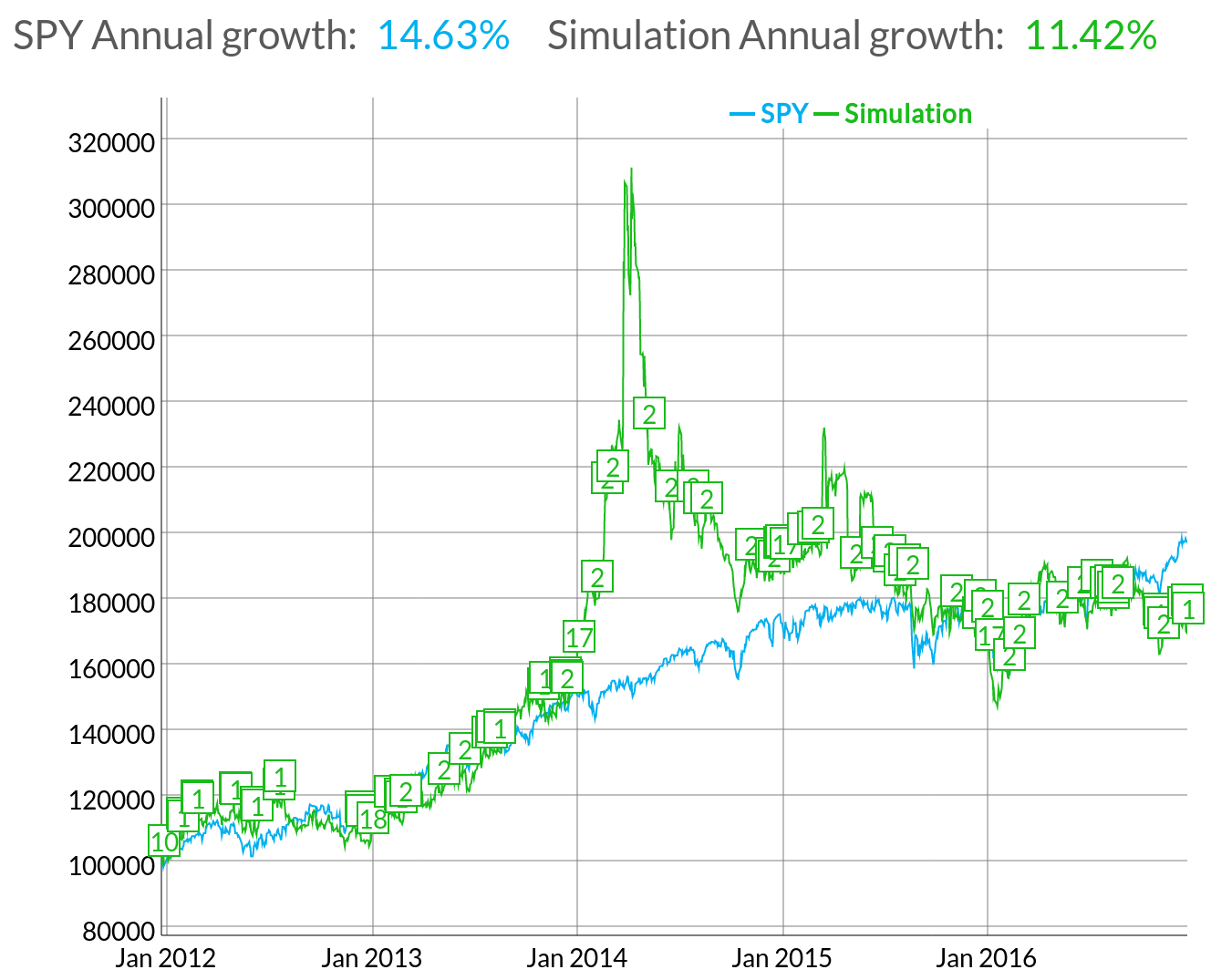 As you can see, over a 5-year time period, the strategy doesn't even beat out the Standard & Poor's 500. Sure, it had a meteoric rise in 2014, but that is completely overshadowed by the sustained loss. The strategy did worse over a 10-year time period, making just 3.72% annually, while the S&P made 7.04% annually. I even tried upping the holding period to 2 years and 3 years, like Browne suggests, with very similar results.

Obviously this stock trading strategy doesn't hold up in today's markets. Many things have changed since the 1980s and my guess is that the prominence of tech-stocks, which have little regard for book value, have pushed this strategy out of favor. The moral of the story: any good investor must continually reassess their stock trading strategies in the context of current market trends.

Riding the Tide Business and economic cycles may not always be predictable, but periods of growth and recession are…

New Use for an Old Ratio

OK, I admit it. Sometimes I just simply play with my tools. Beyond the obvious of trying to find…