The simplest form of Technical Analysis

The Golden Cross is a simple trading strategy based on technical analysis. It uses the "simple moving average" of price to identify when a stock is about to become bullish. At least, that's the idea. Let's take a look at the details of this strategy and see how it holds up to real market data.

Details of the Strategy

Nice and simple! Let's visualize this relationship to get a better sense of what price behavior we're looking for. 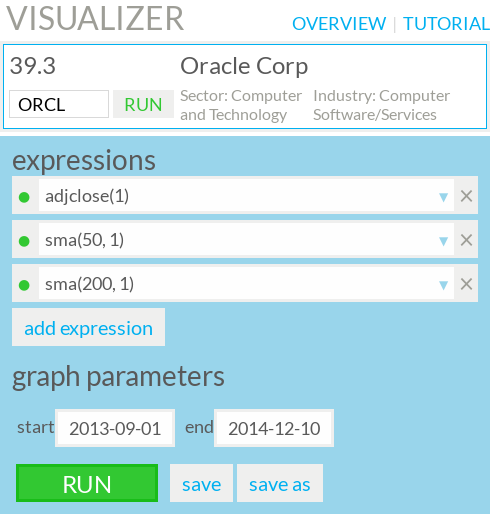 Now that we can see the relationship we're trying to take advantage of, let's see if it holds up against more than just one stock!

Trying it in the Backtester

Given how simple the strategy is to write down, it was straightforward to plug in to the Genovest Backtester. 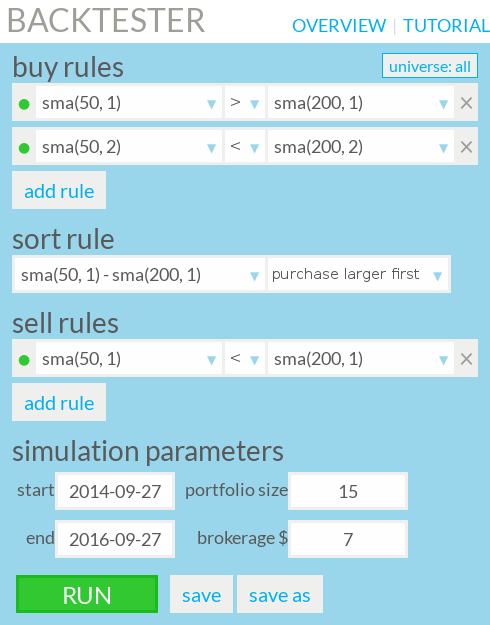 Let's pick apart the rules one by one to see how each embodies an essential part of the Golden Cross strategy. 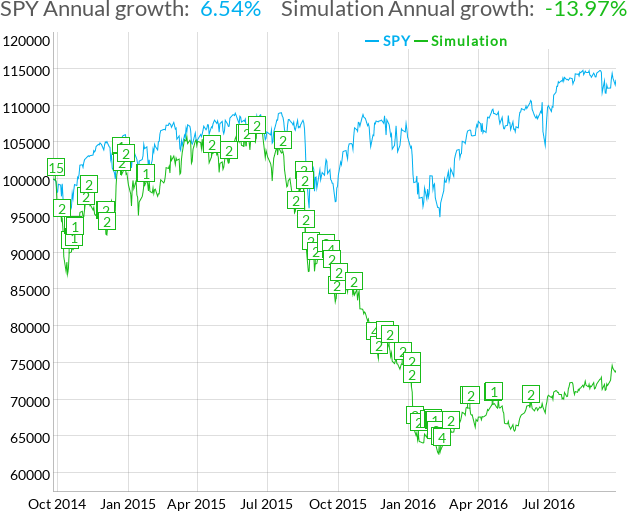 Wow that looks scary! Not only does the strategy loose almost 14% annually, it keeps buying on the way down. Talk about trying to "catch a falling knife." As a matter of fact, I tried this strategy with over a dozen different starting dates throughout 2014 and they all gave negative returns.

This is only a first run, but trading just based on these simple rules seems like a bad idea.

Should we abandon this strategy because it's clearly dangerous? Maybe. If you read the articles on Investopedia and Nasdaq from above, you might notice that they mention the buy signal is reinforced by high trading volume. That's definitely something to test!

Here are some other ideas that come to mind:

On its own, the Golden Cross leaves much to be desired, but when combined with fundamental indicators that seek out quality companies, it may prove to be a good starting point.

Start seeing the other half of your investments A stock screener is absolutely essential for the intelligent investor. It…

Picking up where we left off In my previous blog post, I examined the bare bones of the Golden…